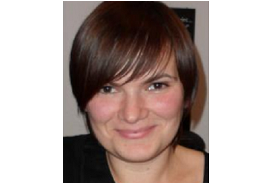 Dr. Eng. Małgorzata Jasiurkowska-Delaporte works as a researcher at the Department of Soft Matter Research, Institute of Nuclear Physics,  Polish Academy of Sciences, Kraków, Poland. She initially graduated in 2004 with a master’s degree in Physics from the University of Science and Technology, Kraków, Poland. Following graduation, she commenced a doctoral program within the framework of  International PhD Studies at the  Institute of Nuclear Physics in Kraków; her thesis was devoted to investigations of molecular dynamics and the structures of liquid crystals.  After receiving her PhD in Physics in 2010, she took part in a two-year postdoctoral fellowship granted by the Humboldt Foundation at Leipzig University, Germany; this was followed by a two-year postdoctoral research position at the NanoBioMedical Centre at Adam Mickiewicz University. Her current research interest is focused on the correlation between the structure of a material and its tendency to crystalize or vitrify in bulk and under nanometric confinement.