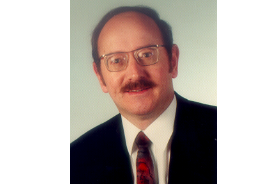 Dipl.-Chem. Helmut Schmid graduated in chemistry at the University of Karlsruhe in 1986. Special focus was on theoretical chemistry and chemical engineering. Afterwards he joint Fraunhofer-Institute for Chemical Technology (ICT) in Pfinztal (Germany) and started to work as a scientist in the theoretical / mathematical group – expanding activities to polymer chemistry. He became head of gasgenerator / airbag department 1996 and head of nanotechnology special branch (ES) in 2002. Additionally he was appointed as a lecturer at the University of Cooperative Education in Mannheim specialized in polymer processing technology. He is member of the scientific advisory board of two universities as well as a fellow of technical advisory boards of two companies. His work has been honored with numerous national and international awards. He is member and partially co-founder of approx. 30 scientific societies. The number of papers, contributions to scientific meetings is more than 100. The number of patents is around 25.

All session by Helmut Schmid