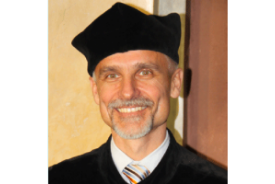 For 19 years he served in the Polish army. For his service, he was awarded the medal “Armed Forces in the Service of the Country” and the Medal “For Merits for the defense of the country.”

Between 2003 and 2008, he worked on the development of a new class of liquid crystal materials for Hi-Tech applications at Vanderbilt University in Nashville, Tennessee.

In 2008, he was appointed the head of the new technologies laboratory at the Military Institute of Engineering Technology. From 2014 he is the deputy director of the Institute.