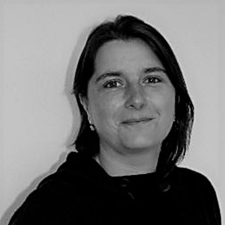 Researcher at ISCR and ENSCR

After a chemical engineering degree (Ecole Nationale Supérieure de Chimie de Rennes, ENSCR) and a Master 2 in Macromolecular Chemistry from the University Pierre and Marie Curie (Paris VI), I continued with a doctorate (July,7th 1993) from the University Pierre et Marie Curie in Macromolecular Chemistry, working on synthesis and characterization of poly(malic acid) derivatives. I then did a post-doctoral internship at the Tokyo University of Sciences (Tokyo University of Sciences) in the team of Professor K. Katoaka working on the design of macromolecular micelles based on functionalized poly(ethylene glycol)-b-poly(benzyl aspartate) for biomedical apllications. In October 1995, I joined the CNRS as a researcher in the polymer research laboratory (Thiais, University Paris XII) headed by Professor B. Sébille, where I worked on the design of new poly(malic acid) derivatives for biomedical applications. In 2000, I joined the Institut Galien (Faculty of Pharmacy, Paris XI) headed by Professor P. Couvreur in the group of Professor G. Ponchel where I worked on the design of biodegradable nanoparticles based on poly(benzyl glutamate) derivatives for biomedical applications. Finally, in 2005, I joined both the Institute of Chemical Sciences of Rennes (ISCR) and the Institute Nutrition Metabolism and Cancers (NuMeCan) where I worked on the synthesis of multifunctional poly(malic acid) derivatives and the design of multifunctional nanoparticles based on such (co)polymers for applications as site-specific drug carriers.

Author of around seventy publications, my research focuses on the synthesis and characterization of degradable (co)polymers belonging to the poly(malic acid) family for the design of degradable nanoparticles for therapeutic purposes allowing a controlled and targeted release of biologically active molecules. (anticancer drugs, radionuclides, metal complexes, etc.), mainly in the context of cancer therapy and/or diagnosis, more particularly of hepatocellular carcinoma (HCC) theranostic.