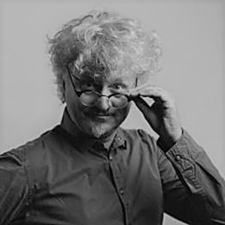 Zbigniew Nawrat – scientist, inventor, teacher, visionary. He is theoretician physicist by profession (University of Silesia Degree in 1984), who the own whole professional activity associated with the medicine (Doctorate of Medical Academy of Silesia in 1997 – subject artificial heart, 2013 habilitation – subject medical robotics). He is an author of pioneer researches in artificial organ domain, especially heart prostheses. Polish ventricular assist device POLVAD was first clinically applied in 1993. He is a father of cardiac surgery robot Robin Heart – which is a first Polish and European telemanipulator for heart surgery (licenses for one of the Robin Heart models PVA were sold in 2019). He is also a pioneer of application the computer simulation & virtual space technology to surgical planning process. Zbigniew Nawrat works in Medical University of Silesia (ass. prof. in Biophysics Department) as well as in Foundation of Cardiac Surgery Development as Creative Director now. He is a member of Biomechanics section and Biomaterials section of Polish Academy of Sciences. He is an organizer of many conferences and workshops e.g. BioMedTech Silesia, Surgical Workshop, Medical Robots. He founded the International Society for Medical Robotics in 2010 – president till now. He created and publishes (editor) the journal Medical Robotics Reports.

Hobby: Poet, composer, musician, sailor. He released the music album “Rok dobrego człowieka” (“A Year of Good Man”) by ZAWRATU.  He lives and works in Zabrze (Silesia region), where he was born in 1960.